Veteran video game author Rusel DeMaria wants a third edition of High Score!: The Illustrated History of Electronic Games.  Fans of his previous work and gaming history have a chance to help. 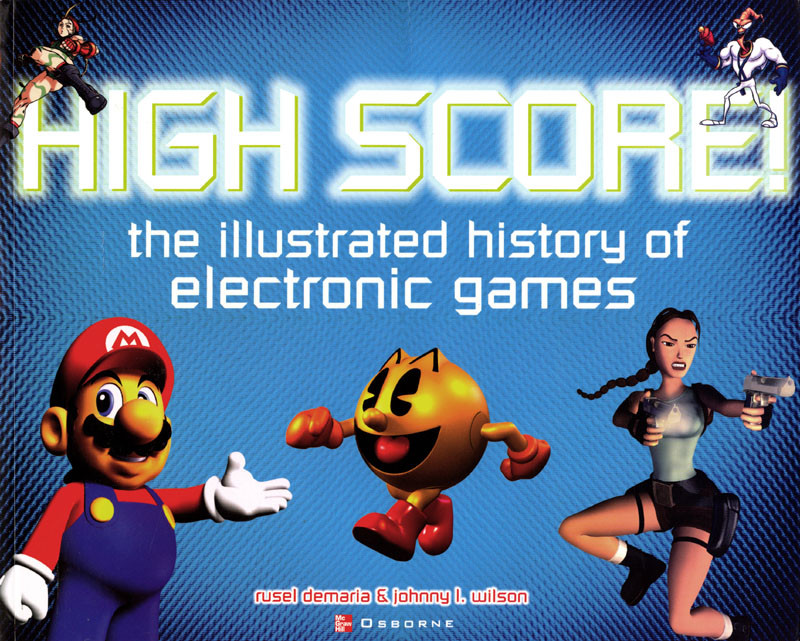 The first and second editions of High Score were released last decade and were well-received by critics and gaming fans alike.  DeMaria now wants to do an updated third edition and has turned to a Kickstarter project to get it off the ground.

“I hate the fact that the book is out of print,” he said.  “I know there are a lot of video game history books out, and many of them are very good, but High Score is special, especially for its emphasis on graphics and showing the story in pictures as well as words.”

DeMaria is pledging to reward his Kickstarter backers with opportunities to meet some of the biggest industry names in gaming history.  Lunches with luminaries such as Trip Hawkins and Will Wright are up for grabs for reaching certain donation levels.

“There were people who were at first reluctant to participate in the book for personal reasons. In the case of Trip Hawkins, he wanted to save all the material for his own book,” DeMaria recalled.  “I was able somehow to convince him that he wasn’t done yet and it was too soon for him to write his memoires. And so there I was, in his beautiful house late at night. I mean I had the run of the house he and his family were sleeping upstairs. There were lots of rarities and treasures there, such as handwritten documents from John Madden and Julius Irving, but perhaps the greatest find (which I think he left out for me) was the original business plan for Electronic Arts. It was stunningly accurate. His five-year plan – amazingly bold and audacious for that time in history – was spot on. It doesn’t print all that well in the book, but it reads like a prophecy. I always respected Trip, but this made me see him as somewhat surreal in his vision.”

According to DeMaria, a third edition of High Score has been discussed before but was held back by a full-time job at The Art Institute in Seattle, WA.  Presently unemployed, the long-time gaming writer said he feels now is the right time but that he cannot do it alone.

“Right now I’m unemployed, so money is a serious issue for me, which is why I turned to Kickstarter,” he said. “With financial support for a few months, I think I can improve and expand High Score and put out a great new edition. I want it to be an even better book than the original versions, with all the main material, but better. I also want to find a way to publish or e-publish the extra content that I have, because there’s a lot of it, tons of graphical material and even much longer interviews that I could share. At any rate, this seems like a perfect moment to create the new edition, improve the book and expand it to cover the last decade or so, as well. Carpe diem.”

The Kickstarter project can be found by clicking here and needs to raise $25,000 by April 4 in order to fund the project.

You can also check out the second edition of High Score on Amazon.com here.