Well today I went to the thriftstore to see if I could find some Famicom carts but came out empty again well not really. I was able to find some other kewl stuff including a CDX console. At first I though it was a 32X adaptor for the Genesis but when the lady showed it to me it said CDX which I had no idea what it was until I saw the sega logo on the AC adaptor so I took it. When I got home I found out that it was actually a Genesis console with the Sega CD addon which is great because I wanted a Sega CD for a long time and finally got one. I was nervous whether or not the console was going to work but in the end it was all good. I only had crappy games to try out in the Sega CD addon but it was so sweet to see them boot up. Below are my other finds. 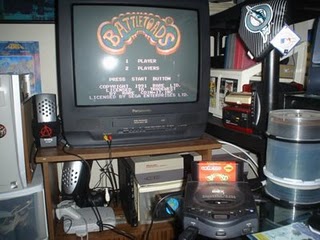 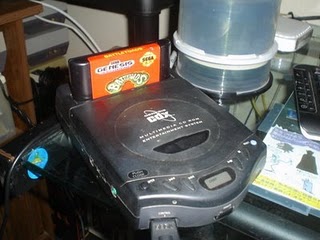 A close up of the CDX. I couldn’t figure out what to do with the game Dragon’s Lair…. 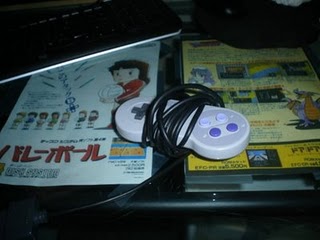 I found an extra SNES controller as well. It’s always nice to have extra controllers since one I had recently stopped working.

Here are some more games including Double Dragon(NES), World Class Soccer(SNES), and Stunt Race FX(SNES) which use the FX chip for some enhanced graphics.

We decided to go to sell some of our junk  and came up having a good time in the end. The busiest time was actually when we opened our spot. We made a little bit over fifty dollars but overall it was fun. I was able to pick up some stuff as well. 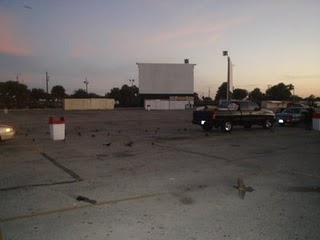 We had to wake up at 5am but I actually stayed up all night since I got out of work at 1am. This is a photo I took a little bit after we got to our spot. A lot of people didn’t opened their spots until a couple of hours later maybe they were just waiting for people to start walking around or something. 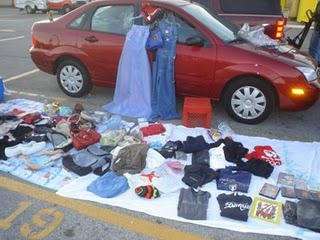 This was our spot. We didn’t bring any tables so we had to place everything in the floor. Of course, we placed a sheet on the floor so that we can place all our stuff. I brought some of the games I wanted to get rid of and ended up selling a few of them by the end of the day. 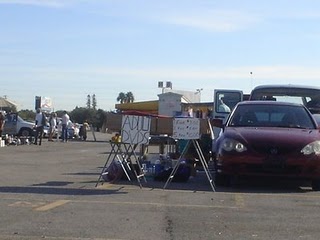 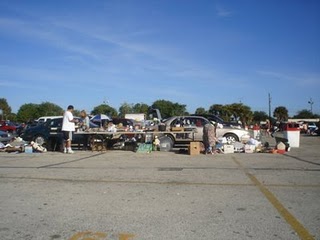 As you can see in this photo the flea market was not busy at all! We were still able to sell some of our stuff but I think if we came another day of the week, we could have sold a lot more stuff. 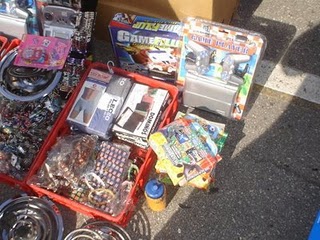 You can find a lot of counterfeit items in the flea market. Right here there is a NES like clone with no cartridge insert so that means you can only play the games that are built in. The seller told me it had the board inside the console so maybe with some tweaking it could be opened and change the cart? The seller was selling it for twenty dollars which is not bad but it’s always a gamble to purchase one of these items. There are also some fake pokemon trading cards that were a dollar each. They used to have Yu-Gi-Oh cards as well but I didn’t see any this time around. 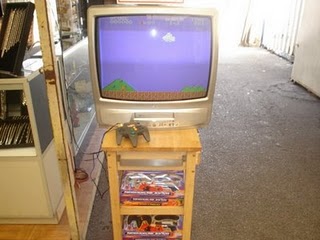 I was also able to find a Power Joy 3 Famiclone. This is the one that comes with the second controller and gun + the built in games. The game that the clone was running is Super Mario Bros. The lady was selling the clone for 25 dollars which is not bad considering it was cib. It would make a good gift for someone who wants a cheap Famicom. The sound is not the same as the Famicom though. 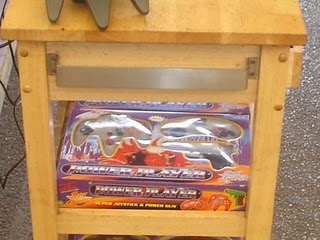 Here is a closer photo of the Power Joy 3 box. The controller looks like a N64 controller.

Well enough about the flea market, time to show my finds which weren’t many but it was at least something rather than nothing. Here they are: 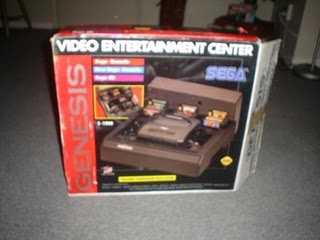 I saw this while the seller was putting his stuff away. He sold it to me for a dollar which is a good deal since it came complete. I don’t have a genesis 1 or 2 so I can’t make much use of this. Maybe my CDX will fit in here. 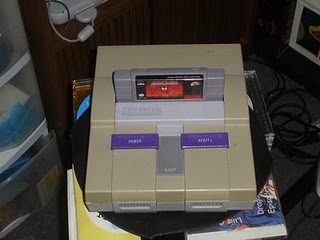 I found also a SNES from another seller who wanted to get rid of it badly. She said three dollars then five dollars then ten dollars and finally three dollars. Yeah I got it for three dollars and found the AC adaptor in another store later on that day. The SNES came with the AV output only + game. I tested it when I got home and works like a charm. I’m going to spray paint it to give it a nice new style. I’ll show photos of my finished project. 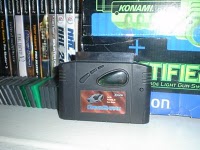 So that’s about it….I hope you enjoyed this nice blog entry and please keep visiting for more retro gaming entries!