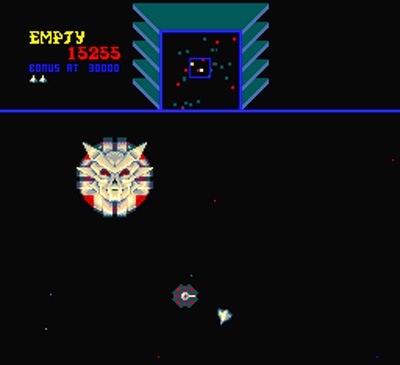 Why oh why did you suggest this game, I woke up so happy considering it was a Monday and then I thought to myself, “Self, you need to get some gameplay footage of, Sinistar.” Now, my day is ruined and I know nightmares will visit me tonight.

Fine, this Sinistar is an evil arcade game released by Williams Electronics in 1982. The overall theme is you are a lone space pilot fighting waves of enemies while trying to mine planetoids for Sinisite Crystals, which you need to make Sinibombs to destroy the Sinistar. Does all this remind you of the 60’s Batman, with the Bat Shark Spray and such? 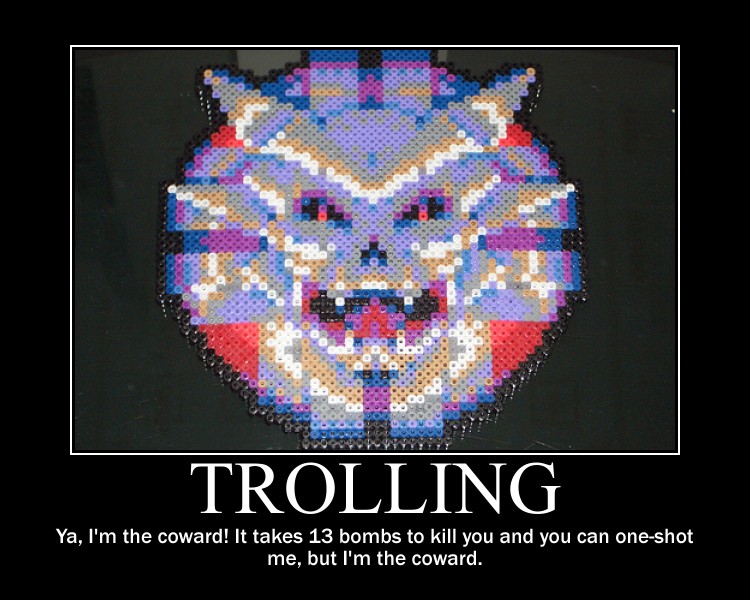 So, when you mine these crystals other fighters try to take you out while workers also try to mine the crystals to build the Sinistar. Once the Sinistar is built, it trolls you by calling you a coward and telling you to run. How am I the coward if he can one-shot me, but it takes 13 Cinnabon’s, er, I mean Sinibombs to kill him?

Now in the above video you see me running around like a chicken with its head cut off not properly mining the crystals and then promptly being owned by that dammed Sinistar. Now check out a better player who runs circles around him.

Enough of this game and damn you Travis Mikalson from our Facebook Fan page for suggesting this.