In 1980 Nintendo released a home video game based on the Computer Othello arcade machine, which they had released two years earlier.

The game can be played head-to-head by two people, or against the computer. The algorithm the machine used to play Othello against a human opponent was quite sophisticated, for its time.

The technology wasn’t really ready for this kind of commercial home release, but Nintendo went ahead anyway, believing there would be market for it. The company achieved the conversion by simply incorporating a complete arcade board, resulted in a big, heavy machine that required a fat power supply that weighed more than 2 kilograms alone. It was expensive too, retailing for ¥48,000, for a machine that only could play Othello. Three years later the Family Computer, able to play hundreds of different games – including Othello – could be had for less than a third of that price.

Unsurprisingly, the machine was produced, and sold, in limited quantities. They are rarely offered for sale these days and command high prices. After years of absence, one was on sale on eBay in 2009. It sold for US$2,000.

And today (February 2011) another one was sold on Yahoo Japan Auction. According to the seller it was unused, and surely looked nice. The final bid was a steal for ¥242,000! That is almost US$3,000 in today’s dollars the lucky winner had to part with in order to call it his.

Let’s take a look at this rare and desirable machine; the most obscure of all Nintendo’s video game releases. 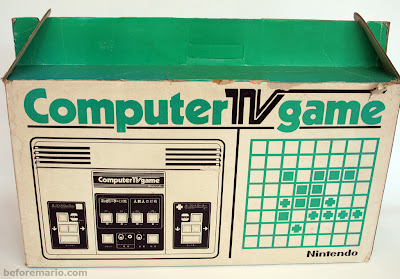 The name Computer TV game is pretty generic, for a machine that can only play Othello. The image on the front does give a hint in that direction, as it shows an Othello game in progress. The top flaps of the box can be folded, so it can be carried more conveniently. No luxury, as it is big and heavy.

On the side we see the name of the item in katakana,  the model number, the kanji version of the Nintendo logo, and the suggested retail price of ¥48,000.

On the top of the box is printed what should be in it: the game machine, a power supply and an RF switch. Also shown are the instructions on how to fold the top flaps. 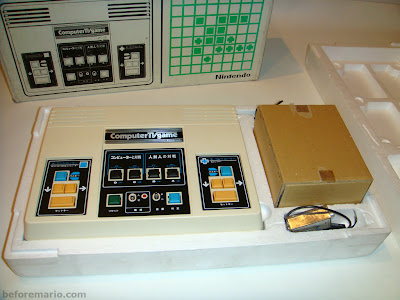 The machine is well protected by styrofoam. We have just taken off the top part, to reveal the treasures within. The carton on the right holds the power supply. 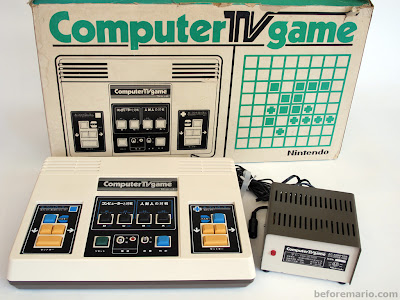 Here it finally is, in all its splendor. All in all an impressive looking machine. 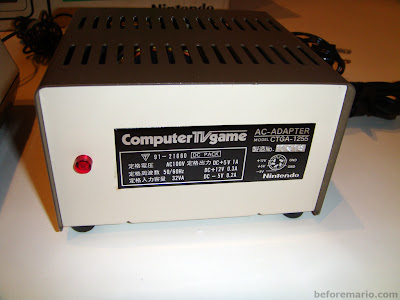 A close-up of the power supply (CTGA-1255) reveals what a power hungry fellow this game is. 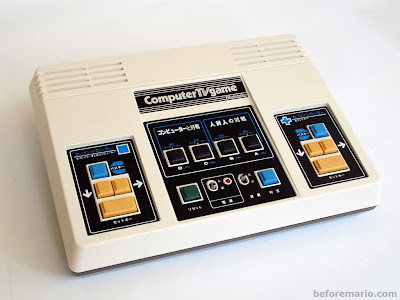 The orange and blue buttons on left and right side are for player 1 and 2. The small orange buttons move the cursor, the large orange button confirms a selection and the blue one allows a player to pass. The buttons in the middle are used to select game type and difficulty level. 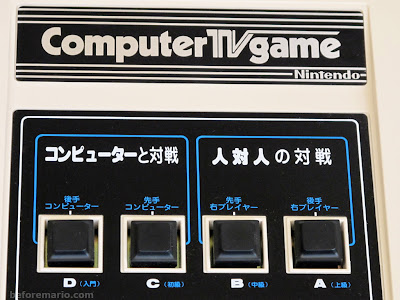 With these buttons the game type is selected: option A and B are head-to-head games for two players, option C and D are games against the computer. Note how the options are read from right-to-left, in the traditional Japanese way. This indicates that this is a serious game, not a toy.

So, what can this machine actually do? Let’s find out.

The rules of Othello are pretty straightforward. From a start position with 4 pieces in the middle of the play area (two for each player), the two players take turns placing one piece at a time. When pieces of the opponent become enclosed (horizontally, vertically, diagonally), they are swapped for pieces of the other player, thus increasing the number of pieces this player has on the board. When all places are filled, the player with the highest number of pieces on the board wins. 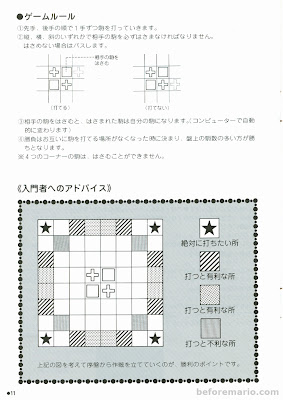 The manual provides some strategic advice, and indicates the good and bad spots on the board to place your piece. Obtain the corners is pivotal to success. 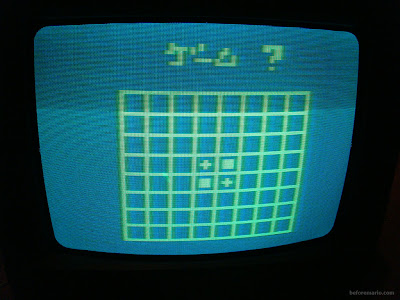 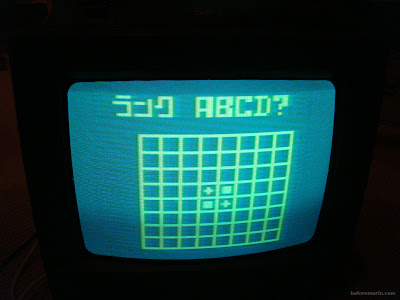 Which one? Let’s select “rank” (ランク) C , and see what happens. We will be playing against the computer. 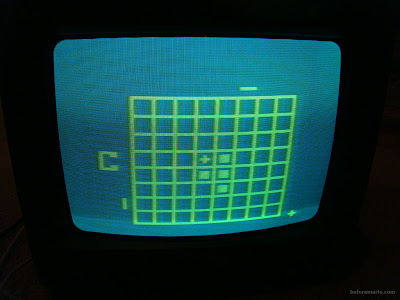 We play using the plus sign, the computer uses the square. We take turns placing pluses and squares on the board, and soon the computer is ahead. 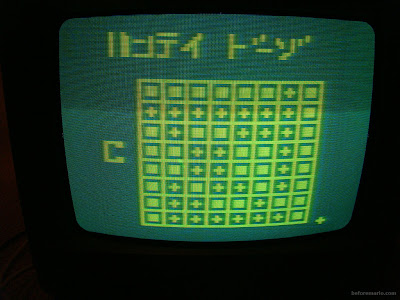 The computer remains very polite: “please decide” (ハンテイ ドーゾ), but by the looks of it, it has already beaten us. 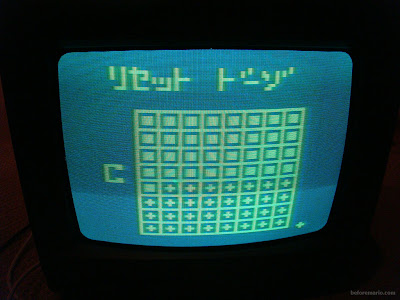 When no moves are possible anymore,  the computer counts the squares and pluses to determine who has won. It was close, but we did lose. Not satisfied with a single win, the computer immediately begs us for another turn: “reset please” (リセット ドーゾ).

So, there you have it. There are cheaper ways to play Othello. But there is arguably no Nintendo item that is more valuable.

Eric V showcases and celebrates the toys and games Nintendo created in the period from the mid 60s to the early 80s, starting with the first board games up to the launch of the Family Computer in 1983. You can see his awesome blog here – Before Mario.

The before Mario blog showcases the toys and games Nintendo created in the period from the mid 1960s to the early 1980s. Starting with the first board games up to the launch of the Family Computer in 1983. Most items featured on this blog are from my personal collection.