If the title didn’t give it away, I have a very high appreciation for Riot Games because of what they have managed to do in creating League of Legends (LoL).  That isn’t to say they don’t have a few hiccups here and there but overall, LoL is a great game.  I will not delve into the HoN vs. LoL debate in this article but maybe I will tackle it at a later date.

What is League of Legends?

League of Legends falls into a genre that has more descriptors than I care to write out but a few of the more popular ones are “AoS,” “Dota,” “ARTS,” and “MOBA.”  AoS refers to Aeon of Strife, a Starcraft mod that has similar game play.  Dota refers to the wildly popular Warcraft 3 mod Defense of the Ancients which is still played today although its popularity has only held in Asia.  ARTS is short for Action Real Time Strategy and this term is used because the game action is based on real time, in-game decisions.  Also, Arena is sometimes added onto the end of this term since the game is played on a fixed map.  Lastly, MOBA refers to a Multiplayer Online Battle Arena and this is probably the most widely accepted term of this genre of game.  The game is multiplayer (team-based, 3v3 or 5v5) and the objective is to defeat (battle) your enemy on a fixed map (arena).  I hope that wasn’t as painful to read as it was to write but it has to be said before I dive into the game itself!

To summarize the game quickly, you play on a team against another team and your goal is to destroy the other teams base.  You choose to play one of the over seventy champions currently in game.  While in game, you level by killing creeps (attacking AI units that each team automatically spawn which head to the enemy base down three in-game lanes) and enemy champions (players).  You get to choose your skills (which vary depending on the champion you choose) and you use the gold you earn (from killing creeps, towers and enemy  champions) to buy items that enhance your hero.  While there are hundreds of more details I can and probably should give about LoL, the above description is enough for the basic gamer to understand what the game is all about!

How does Riot do it well?

First and foremost, LoL is free to play.  That’s right, you can go download and play it for free right now.  Not only is it free to play, you can earn all the champions and runes for free over time.  So unlike other free to play games, you can actually enjoy all aspects of the game (from a competitive standpoint) without being tricked into spending money.  However, if you like the game, you probably will shell out some cash so that you can grab a champion pack or some skins to make your champions look more mighty or goofy.  Skins only change the aesthetics of your current champion so they are by no means required.

If you are a new player, Riot is looking out for you.  They have in game tutorials and you can practice against bots so you can learn without having to worry about other people.  Of course, if you are like me, you just tell your friends, “I’m playing LoL now and you are going to have to deal with me until I get better so stfu and tell me what to do so I learn faster.”  This approach is less subtle but has worked for me in the past.  Riot understands that they need to cater to all their players  if they want continued success and have done as such.

Riot’s interaction with its player base is one of the reasons the game is going strong.  Riot releases new champions at a rate of about one per every two weeks.  This is smart on multiple levels.  First, the new champions keep players interested in the game and it causes a constant change to the dynamic of the game.  Second, new champions mean new skins and this results in Riot earning more money from its players who actually do spend money on the game.  Riot developers are on their official forums posting information and giving player feedback where needed.  Obviously, they cannot respond to everything but the fact that they give the effort is important.  Riot also addresses champion and item issues in a speedy manner trying to keep the game as balanced as humanly possible.

Riot also keeps the game simple by having a basic yet well-designed engine that will not kill your PC and will not have you screaming at the terrible graphics.  Some people think LoL’s graphics are a bit too cartoon-like but I have no problem with it.  Riot has also been redesigning certain champions and aspects of the game to make it a little more visually appealing. 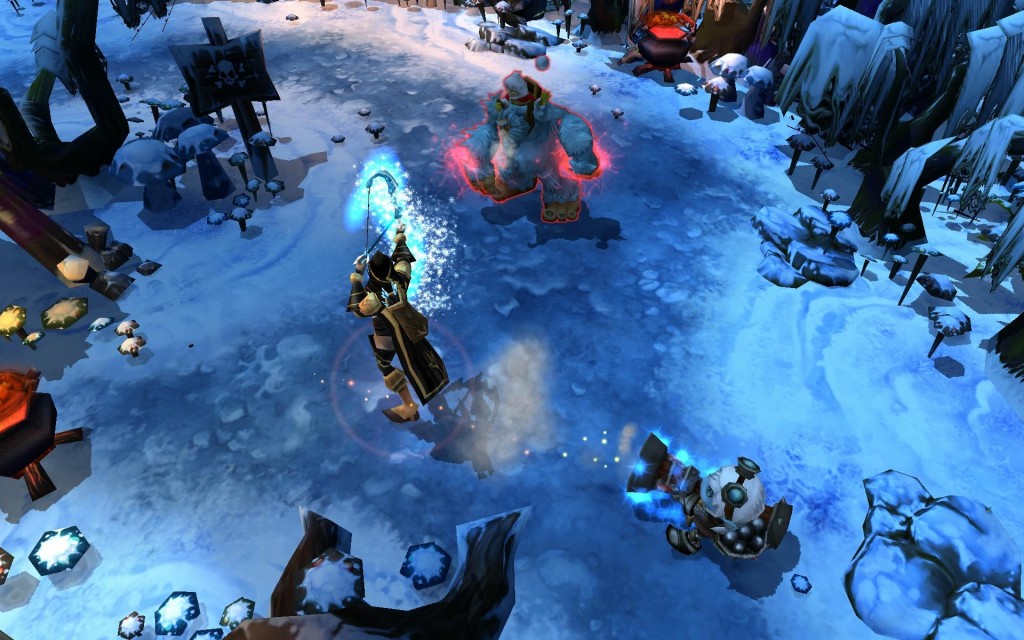 Diving Deeper Into League of Legends

Now that I have covered the preliminary topics, let us take a deeper look into the game itself because this is the real reason people play.  If the game was bad, people wouldn’t play!

Riot decided to add features into its game that increase the amount of action (the battles) that happen between champions throughout the game.  Even at the onset of the game, before the creeps spawn, teams are either protecting or roaming (well, they should be!) the map in an attempt to avoid getting killed or scoring an early kill.  Certain champions are specifically designed to have the highest impact by roaming and ganking.  This increases the intensity of the game.  The more action that is happening around the map, the more fun the game is.  Riot introduced “brush” which was sheer genius because it allowed for players to hide their champions strategically around the map to optimize ganks or use as getaway paths.  Moreover, summoner spells and runes add a level of customization to your champion that will help you in many situations by increasing everything from your damage, move speed, gold/experience earned, survivability and your overall ability to engage or escape a situation.  Riot has found a way to increase the action and intensity of the game without taking away any of the aspects that makes the genre great.

After you have played a couple hundred games and you start to get a feel for the game by having a moderate understanding of the champions, items, runes, spells, etc you will hit start to see more of the subtle aspects to the game.  Of course, Riot knows that not everyone is amazing and that if new players are constantly rolled because they are playing top players, they will quit.  So, Riot has a hidden rating for each account that controls the games you play.  Basically, if you are new, you will play against other new people until you get better.  This extrapolates all the way to the top where if you queue, you will play against some of the pros on a daily basis. 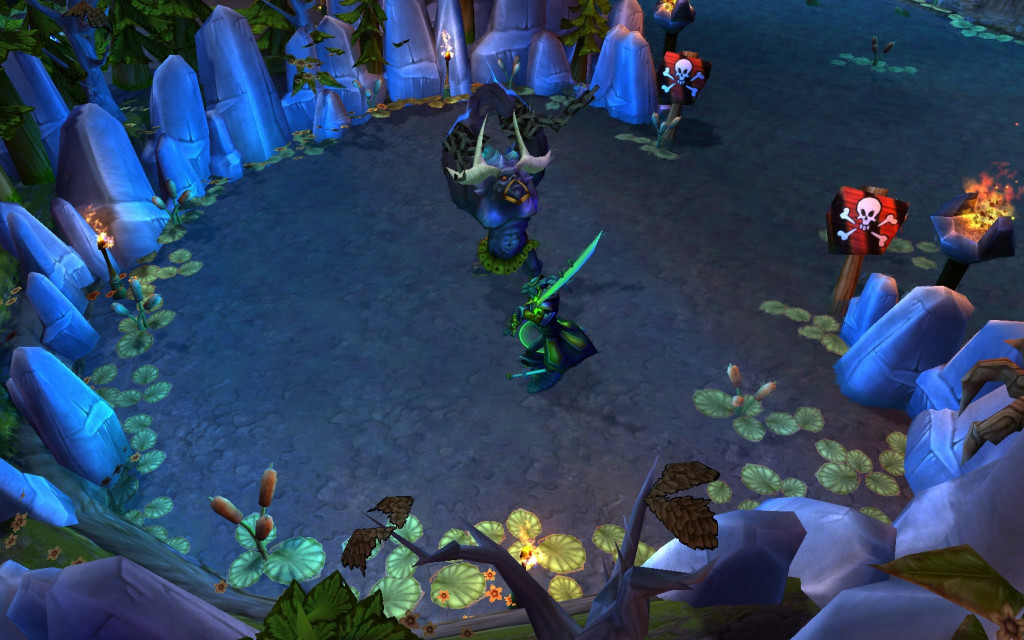 League of Legends as an E-Sport?

LoL has tons of potential to be a very strong e-sport.  LoL has tournaments in some of the largest venues in the world: WCG, ESL, Dreamhack, etc.  Riot is not skimping on the prize money either.  However, my primary concern about the growth of LoL as an e-sport is that most players (even those good enough to be on a pro team) are focusing on the Solo Ranked Ladder because that is seen as the “place to be” so to speak.  Basically, I would like to see Riot “push” the online 5v5 scene because it seems lackluster.  HotShotGG of CLG, the best LoL 5v5 team in world has even said on his stream that their team has no real reason to practice because they don’t need to due to lack of competition.  However, as of late his team has been showing signs of rust and losing to some teams that they normally would not have lost to.  Maybe other teams are starting to practice more in anticipation of more 5v5 play.  Of course, I think Riot is doing a great job all around and this is one of the few areas I think “could” use improvement.  They may not agree with me.  Either way, LoL tournaments will continue to happen at major venues but I would really like the 5v5 online scene to grow so we can see some great games at these events.

Maybe they could do an online tournament that would force teams to be formed and force those teams to practice to get better so they can go for a prize at the end of the season.  The end result being that more teams get formed and the push for 5v5 competitive play grows to the point where Solo Ranked is not the “place to be.”  Of course, this tournament or season would need to be something done over time so that the change could slowly happen.  As I said above, there is a good chance Riot likes the current design they have because it has more focus on the individual player and the individual player is where they earn their money from.  Even though it would most likely never get to the point where 5v5 Queues reduce Solo Queues down to very low levels, it is still a potential risk that Riot doesn’t need to take due to the games popularity and success. 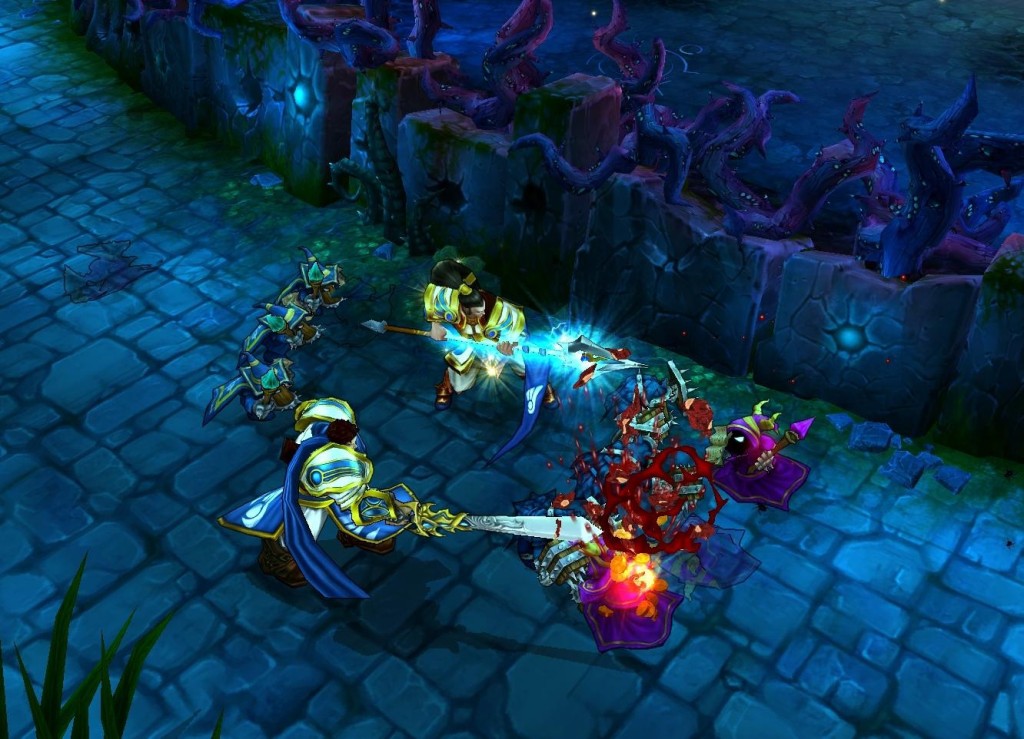 League of Legends is amazingly fun.  When you get bored of playing Portal 2 and are looking for something with a competitive edge, go try LoL.  You can play solo or with friends and it won’t cost you a dime to try out.  However, I cannot guarantee that you won’t get hooked quickly and may be spending more time and possibly money than you thought.   The sheer number of champions and items you will need to slowly learn about will keep your interest in game piqued for a long time.  Long enough so that when you finally “think” you have a good understanding of the game, you can try the Ranked Queue where you will figure out that what you knew was “LoL for Beginners” not “LoL for Advanced Players.”  If you are as competitive as me, this will make only want to make you play more.  😀

Games Coming Out In January 2011 For PC