It is amazing to me that a studio would be releasing an MMO at all in this day and age. We live in a time period where the fickle masses are buying games on a whim and usually own more games than they have time to play thanks to services like Steam. We live in an age where microtransactions are becoming standard and the masses have demonstrated that they will pay FAR more than a couple bucks a month to obtain that special look or feel they’ve been after for soo long.

Yet here we are. Square has decided to bestow us with a reboot we didn’t ask for of their attempt at an MMO set in the Final Fantasy universe. While the game might be OK for the phony hardcore and awesome for the Brazilian huehue crew, it just doesn’t meet the expectations that the MMO enthusiasts and the hardcore have for these types of games nowadays. The pink elephant will not be caught here. 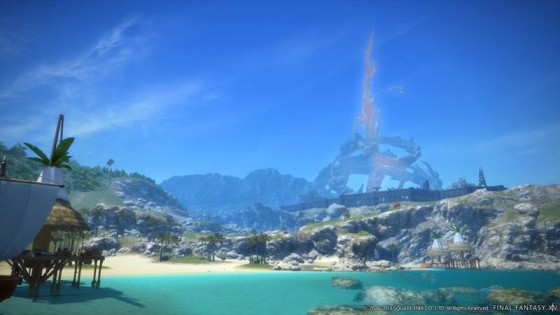 On the positive side, the game has a very easy-to-digest questing and leveling system. Quest hubs are spaced out in such a way where you feel like there is a logical progression from one spot to the next. Scattered across each area are these random mini-events called “fates” which are pretty fun and provide an alternative means by which one can obtain experience as well as a special currency to interact with the NPC factions of the game. The commendation system implemented in patch 2.1 is a smart way to promote a positive culture in an environment that has the potential to be extremely toxic. 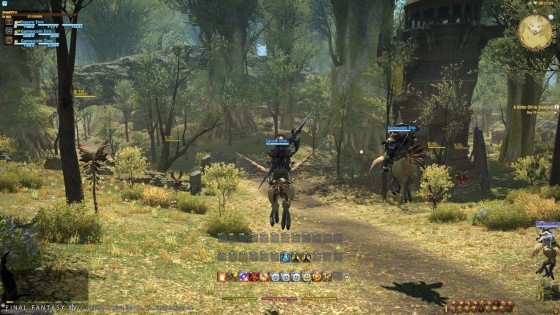 A paragraph had to be specifically set aside to properly express the level of detail that went into the graphics of the game because they are THAT good … for a MMO. This game is one of the few which actually gave me a moment of pause when looking from a vista because of how beautiful it was. After obtaining a quest piece at the very top of this peak that took me a good 5 min to figure out how to climb, I couldn’t help but understand the feeling Ethan Hunt must’ve had at the beginning of Mission Impossible 2. From character modeling to shading to particle effects to terrain and flora, the guys at Square really made one of the prettiest MMO’s I’ve ever played. 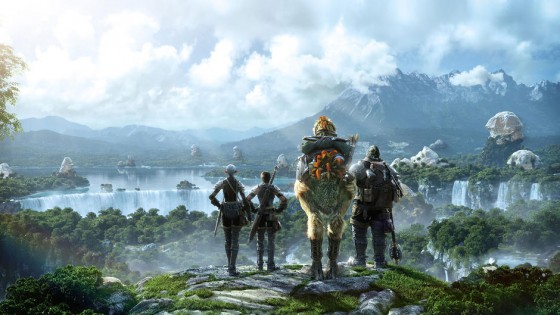 Too bad anything good I have to say of FFXIV:AAR stops there. The matchmaking and instancing is reminiscent of WoW’s very first implementation of the LFG tool. The level of grinding involved in attempting to raise more than 1 class or trade skill at the same time on the same character would make a Korean LAN cafe operator sick to his stomach. The inconsistency in voice acting on the main scenario quest is laughable. The tiered approach to gearing for end-game past darklight seems like an afterthought and not consistent with the level of polish that went into other parts of the game. 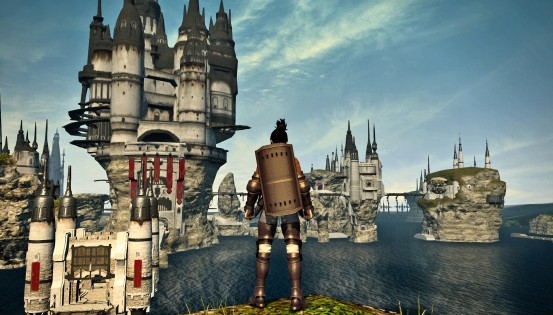 Class balance is absolutely broken in the game and this has never been more apparent than in the newly released PvP system in patch 2.1. The housing system is hilariously expensive and simply out of reach for most. I could probably go on forever. It makes me sad that a game with so much potential and an excellent intellectual property couldn’t do better the 2nd time around with the same MMO. 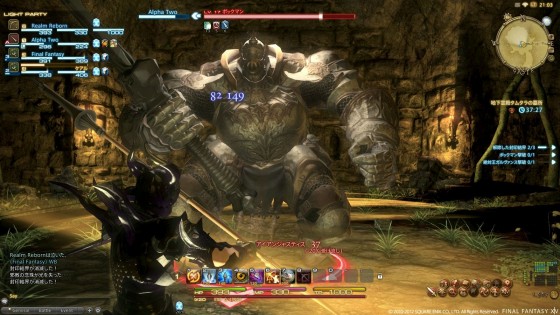 However, in all my years of playing MMO’s, I’ve come to one inescapable conclusion. The quality of the player in relation to the general community will usually dictate my appreciation of the game itself. Let’s put this into perspective, shall we? We can all acknowledge that there are some bad MMO players in the World of Warcraft. By bad, I mean like those people that play a healer and spend their whole time casting the same spell over and over again till they run out of juice. Or how about the melee DPS player who literally stands in everything he can and ignores mechanics.

The second I drop into a virtual world – my assessment of the inhabitants of this world begins. Since I’ve always hated questing, I always try to be chatty and cool with my group mates while we endlessly grind instances to max level. Using my MMO gaming barometer, I can confidently say that FFXIV:ARR has one of the worst communities when it comes to MMO gaming skill in the history of the genre. Worse than DCUO, worse than EQ1 or 2, worse than WoW, worse than Rift, worse than CoH and worse than ToR. Thinking back, I feel like FFXIV is full of those tryhards from that WoW guild that people would use as a stepping stone to get into a real guild – yeah this game is full of people like that. While I’m sure this is due to the fact that the game exists on both PlayStation and PC and the clients can cross-play within the same realm … it doesn’t make the situation any more bearable.

So, for the hardcore and the enthusiasts that will always spend their time and money chasing that pink elephant of gaming; you will find no such joy here. Remember that inexplicable rush you got when you and your squad beat that other group to the Efreeti boots spawn even though they were there first? Maybe it happened on your first Ragnaros kill in vanilla. Wherever it was, that feeling will NOT be found in Final Fantasy XIV: A Realm Reborn.