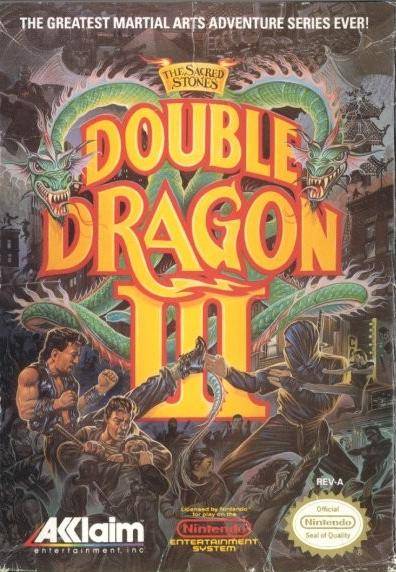 Published by Technos, this time with Acclaim providing development work, the third game in the Double Dragon series on the NES console was released. Double Dragon III: The Sacred Stones continued the storyline with Billy and Jimmy Lee (or, as a humorous typo in the two-player intro names them, Bimmy and Jimmy) now master senseis teaching at their own dojo. However, they are attacked, and in the dying words of their student Brett, discover that not only has Marion gone mysteriously missing, but powerful forces have once again reared their ugly heads and picked a fight with the Lee brothers. 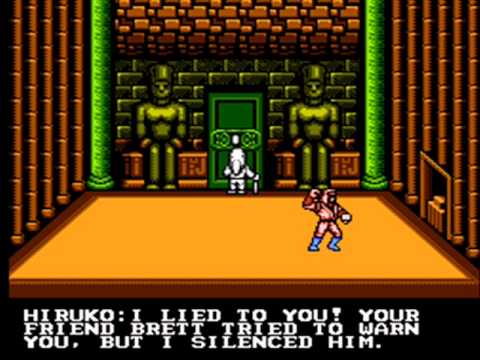 One or two players can try to conquer the five levels of globe-trotting martials arts beatdown with the Lee brothers. The third Double Dragon iteration borrows some gameplay aspects from the first and second games, culminating in the most challenging of the trio by far. The A button punches, the B button kicks, and the fighting mechanics work similarly to the first two titles, whereas the player is given a health bar (though it seems to deteriorate more rapidly this time around), and the enemies can be grappled with and taken advantage of (get your mind out of the gutter for just a moment here) while there are elbow-dropped and kicked within a headlock.

Pressing A and B together jumps, while pressing a button on the way down performs a jump kick; pressing A and B together at the apex performs the classic Cyclone Spinning Kick, a devastating move for enemies on either side; and pressing a button on the way up initiates the “somer-assault,” a sweet little tricky move that grabs an enemy’s head before tossing them violently out of the way. Other combinations are available as well, such as jump-kicking off a wall for a more powerful jump kick, or even two players combining for mid-air moves, like the ultimate double spinning kick. 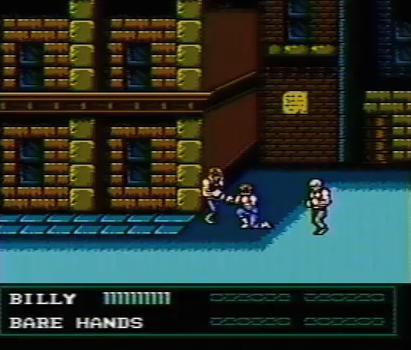 As with any good old-fashioned beat-’em-up game, dozens upon dozens of enemies will attack the protagonist(s), typically in waves of two. The levels tend to conclude in boss fights, although in Double Dragon III they pose an interesting twist: Defeating a boss recruits them onto the Lee team, meaning that when the player dies, they can now control one of the new characters instead, like the slow fat powerful guy or the quick high-jumping ninja guy. Before picking up any additional allies, the player just has the one life, adding to this title’s brutal difficulty.

This is a lush, gorgeous game. This characters sport a new fluidity of movement unseen in the prior two games; with, perhaps, the herky-jerky exception of the “somer-assault” flipping animation. Otherwise, though, the punches look cleaner and the enemies move with more convincing appeal. The backgrounds are rendered very pleasantly, stretching the NES palette to its max to get the levels right as the Lee brothers travel across the world. The visuals of the game are fantastic for an 8-bit rendition. 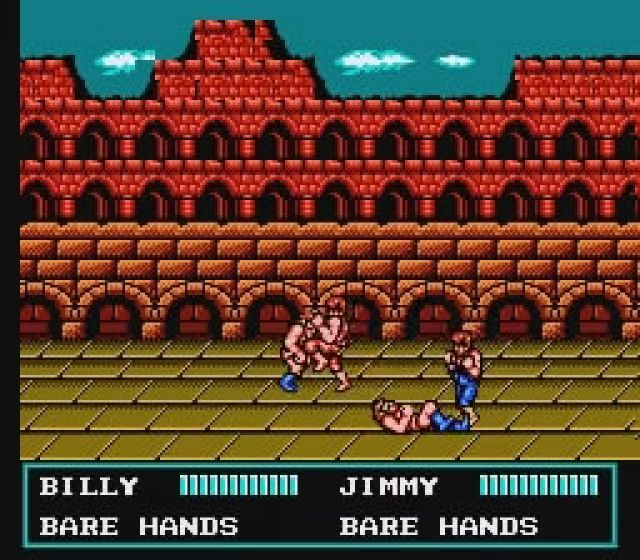 It is the opinion of this reviewer that the soundtrack of background music offered in Double Dragon III: The Sacred Stones is inferior to the prior two games in the series. With that being said, the music is still fairly good for a cartridge title on the NES, exploring a wide range of harmonic arrangements and beat-’em-up-appropriate beats. The title track is a little cheesy (not to mention the scrolling-color effect of the “III” featured), but the overall effect works well. The sound effects are still great, with meaty punch and kick effects providing the satisfying “oomph” of every hit and point of contact. Does any other sound effect matter on a beat-’em-up? The answer is no. 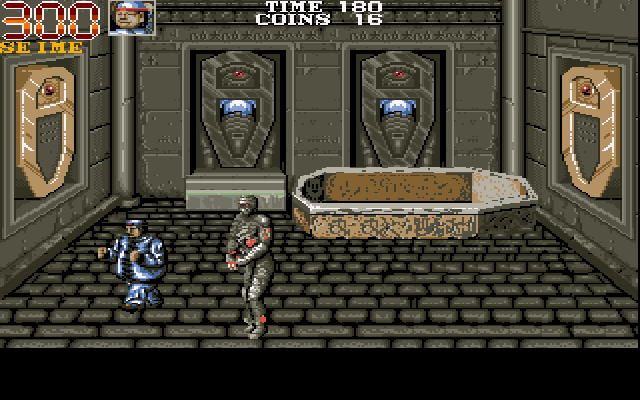 Double Dragon III shows interesting progression for the franchise: The light-RPG move-unlocking aspect of the first entry continues to be abandoned, while the direction-based controls of the second game are given up as well. Instead, the use of a single life per character is nonchalantly introduced, along with multiple characters, and the new foe-swinging “somer-assault” attack. The actual plotline is notable as well, providing a remarkable ending twist that will not be spoiled here.

However, perhaps the most noteworthy shift in design choice is the difficulty level. This is a noticeably very hard game, with its degree of challenge prominently noted in other reviews, videos, and features across the Internet. Not only is the single-life restriction a harsh restraint on the player, but enemies attack more vicious, more quickly on average, and generally seem to have a “smarter” artificial intelligence, though in the 8-bit days this just means broken movement and attack patterns in their programming.

This is a brutal video game, but brutal because the computer is relentlessly unwaveringly tough, the move set boils down to only a couple of effective options at most in any given situation despite the expanded repertoire, and there is no real saving grace to make up for the shifts upward in difficulty, as even the weapons seem fewer and far between. Some side-scrolling action NES video games such as Battletoads, Mega Man, and Ninja Gaiden are notably difficult, but for reasons of tight stage design, a mix of precision-jumping puzzles and enemy encounters, and bosses that gradually ratchet upward on the difficulty scale. Then others, like The Adventures of Bayou Billy and Double Dragon III: The Sacred Stones, are hard because the player is wedged into a corner of limited gameplay opportunities, broken A.I., and a winning strategy that strays toward move spamming instead of allowing fluid creativity throughout a satisfying playthrough. A challenging game can be an excellent game; but, in the end, Double Dragon III boils down to a less-fun, less-pure, frustratingly quirk-tough take on the Dragon franchise, kicking two and a half stars out of five.