This guide should help a new player make the correct choices when dedicating themselves to becoming good at World of Tanks.

First things first is figuring out whether you will want to or not spend money on this game. If you don’t plan to, pick ONE country and stick to it. I recommend either USSR if you like fighting up close or USA if you want overall good tanks, although France seems to be the most OP faction (patch 7.4-7.5). With the tutorial completed, which you can pause (it says abort but ignore that) and unpause any time, you will end up with 6 regular tanks. You can eventually have all the highest tier USSR tanks plus if you want you can keep that useless tier 2 USSR gold tank (premium tank) they give you. I prefer to keep it since it will become a guaranteed money maker and tank trainer later on (which you will eventually need).

I sold mine but that was a mistake. It could be worth keeping just to power level your tankers. Just to clarify, a gold tank is a game that is bought using gold which is the real-life-money money in the game. It can only be bought or earned from Clan War matches. Clan War matches is what you should be trying to get into if you really want to get deep into this game. You should also keep your eye open on the main World of Tanks website because they sometimes have promotions or special events that could get you huge discounts or free things. 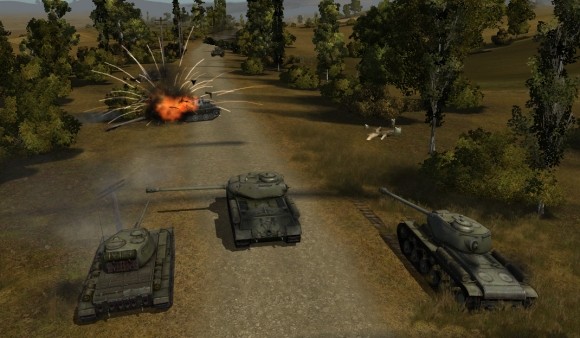 The most important rule to know about WoT is that every time you have to do a conversion, you lose a significant proportion of whatever it is you are converting. Crew training on all tanks should be as max as possible, usually spending 20000 credits per crew member is the way to go, especially if you own at least one gold tank. You can convert experience points from gold tanks for gold as well as XP from Elite status tanks. This is time efficient if you have money to spend. Converting gold to credits has horrible returns so never do it.

Always run with consumables on all your tanks and try to buy them especially during the 50% off sales. Make sure that it’s worth using the consumable such as in a game where it comes down to just 2 tanks per side and it will make a huge impact on whether you win or lose. I always run in this order: health kit, repair kit, and fire extinguisher. If a tank you are using is too slow I recommending swapping out the fire extinguisher for high octane gasoline. It will make a world of difference between you hating the tank and learning to tolarate it. 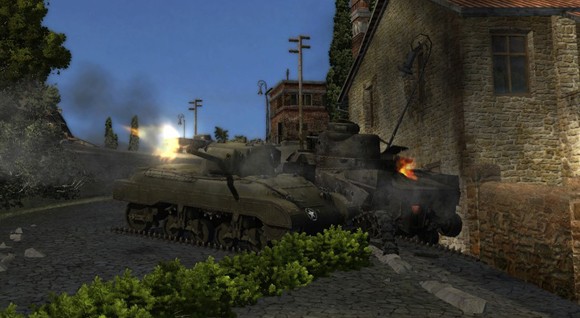 Getting tanks is really easy in the early tiers but eventually you’re going to hit a wall of either XP or credits. Credits are even more important and harder to generate. Either check with other people or the forums to see what people are currently running to make money. If you will spend money on the game, I found that the Super Pershing is the best bang for the buck for the Tier 8 tanks for making money, if not the reasonable Tier 5 Churchill III. The Churchill III is the cheapest and sometimes the funnest to play. It’s only 1500 Gold most of the time (roughly $7-8 in cost). Myself I spent a good amount of money in the game. I also bought tank slots for every type of branch in the game and I’m slowly making my way there with every class of tank for every country.

Doing this, playing the game like crazy, it takes me about 6-7 hours to do all my tanks, to try to get the daily bonus. As a macro strategy I this saves the most time as opposed to straight grinding, if you want to save the most time AND have everything in the game unlocked. Most people don’t have time to do that every day so although that to me is the most money efficient thing to do (to run all non-gold tanks, every kind), most people don’t have time for this! The other thing to take into account is whether you want to pay for the Premium Account or not. While this is on all tanks yield a +50% bonus to the generation of XP and Credits. Technically if you have Premium and you do the first win of the day for a tank, rather than get the double XP bonus that it gives you would get triple (1.5 X 2 = 3). It’s a huge bonus but I only myself recommend it if you have a LOT of time on your hands, then it’s a great value! Since I started working more in real life, I run a year of premium in World of Tanks all the time, which comes out to about $8 a month to play the game which is an amazing value to me for this game. 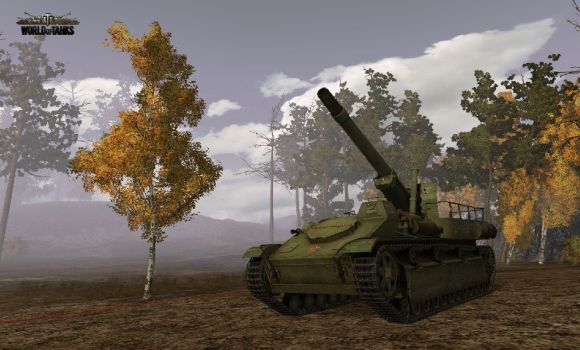 A general thing to know about Gold tanks is that they are meant to generate pure credits and also they can be used to train crew faster for any crew of that specific country and that specific vehicle class. For example you can put a heavy tank crew from a KV1 in a Churchill and they can use it with no penalties. Alternatively, if you want to save money and power level any crew of that country, so long as they are 75% experience and up, you can stick them in anyways but they will perform with a -25% penalty but even then it can still be done effectively so long as you stick to the 75% experience minimum rule. I don’t recommend putting in crews from a different vehicle type because not only will they have the penalty but they will also get an XP penalty.

Now, look at this video to understand how to position your tank during battle so you don’t die in every one on one fight.

Never EVER use the right mouse button to lock on to a target. It’s useless and dumb and it won’t target specific areas of tanks that you MUST hit. On top of that it’s highly inaccurate and a gateway into being an eternal noob in the game. Since it targets the center of mass of a tank and does NOT lead targets it will miss very often. It is only really useful if you are a light tank doing a carousel move around a slow tank and you need to concentrate all your energy into driving.

If you’re fighting while driving up a hill, I would say that 90% of the time, you’re dead!

If there is artillery in play and you just killed one of their team mates, if you’re standing still you’re very likely to get hit. Try to drive forward for a second, rotate 30 to 45 degrees, and move for one or two seconds.

If you’re an artillery and something just shot at you, you BETTER be moving ASAP if you want to live. Also I recommend moving up slightly with the front so you just all your shots, especially if you are steam rolling the enemy team.

Try to rotate your front always towards the enemy that you’re fighting if you’re pinned down in a slugfest kind of fight!

Aim for areas in the enemy such as the rear of their tank or wheels if you want to stop them from moving.

Know your role and act like it most of the time. If you’re a light tank, you’re the scout (sometimes). Find as many of the enemies as possible especially their artillery and scouts and kill them (those two, you are not supposed to take on a heavy tank other than maybe to get a lucky shot in their fuel tank). If you’re a tank destroyer fight from cover most of the time since you have less health than a medium tank and almost no armor. If you’re a heavy, you need to “tank” but don’t necessarily be out in the open. If you’re a medium your job is to do everything! If you’re artillery, try hitting all the heavies first. The only time you should not play your role is when the team you’re with is failing so badly that you need to pull a Rambo just to survive!

Map awareness: memorize every map. Try to fight from higher ground, especially if there’s cover but know that a good artillery will shoot all their memorized cover spots in such hills.

Generally, if you’re out in the open and nobody else on your team is around or you’re ahead of everybody, you’re in grave danger!

Vehicle upgrades: For most tanks always upgrade the gun as much as possible (to me penetration is the most important stat). DO THE MATH – calculate if the new gun can be handled by your suspension. Every ton = 1000 kg and the game provides module weight in kilograms. If you’re a scout or an arty, go for radio first as it will help you relay information more accurately. For scouts I recommend engines (for better acceleration) as well as tracks for better turning, as well as turrets for better line of sight (you see people faster or further).

Teching up: Try to tech up in a straight line down that path to your desired tank. For example, if you are trying to get russian arty maxed out, try to go for that directly rather than the KV-2 path because it will be insanely more expensive.

About ammunition: I find it a WASTE to use premium ammo on anything but tournaments or clan wars. Also, before you enter any match make sure you look at the gun tier of your tank; this is a rough estimate as to what tank tier you are expected to damage with that gun (assume damaging a medium tank of that tier). Should you find yourself at the bottom of the food chain in a match make sure to have brought some HE (high explosive ammmo) because it’s better to shoot a higher tier tank with this than bounce off 90% of your shots and at least you will be able to risk getting a tracked hit on that big tank that a team mate can kill for you. This is especially effective I found once I F2 tag the target then type in chat “I tracked him”. You will be surprised how quickly that tank will turn into the local punching bag.
***
Well, I hope this guide helps you get better at World of Tanks, let me get back to playing my 30 tanks! =P