In 1991, Hi Tech Expressions developed a video game for Mattel called Barbie, based on the popular doll of the same name. If someone were to read this review and think, “I have never heard of Hi Tech Expressions,” there is a reason for that: Barbie was a terrible video game. To repeat, for emphasis: Barbie is an absolutely dreadful video game.

In this one-player horizontally side-scrolling two-dimensional platformer with loose run-and-gun elements, precision-jumping obstacles, and item-gathering, the sole controller controls titular protagonist Barbie, a blonde female who embarks on what the game’s opening narration describes as a “glamorous quest full of fun, magic and adventure.”

Instead, the player is rewarded with a bore chore full of ineptitude, impossibility, and irreconcilable flaws. The slow-moving, low-jumping Barbie is an enormous on-screen presence, which is quite a detraction considering that every object and being in the universe is trying to kill her. There are harmful elements that are literally impossible to avoid, the first of which is a bouncing tennis ball being batted down at the floor repeatedly by a floating tennis racket possessed by demonic spirits. Actually, it is technically possible to pass without being harmed if you begin walking and time your passage precisely, but the exactness required just to pass under a freakin’ tennis racket is far out of line. 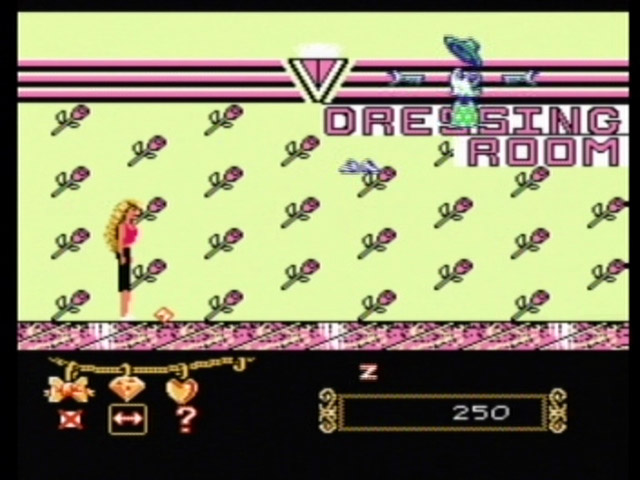 The title screen is easily among the top ten worst-looking NES video game title screens of all time, featuring a horribly mutilated/pixelated Barbie doll with splotchy, patchy skin and hair and clothes and whatever, it just looks gruesome. The actual gameplay does not get much better, but at least there are cutscenes in which Barbie performs exciting feats like sleep and read books. 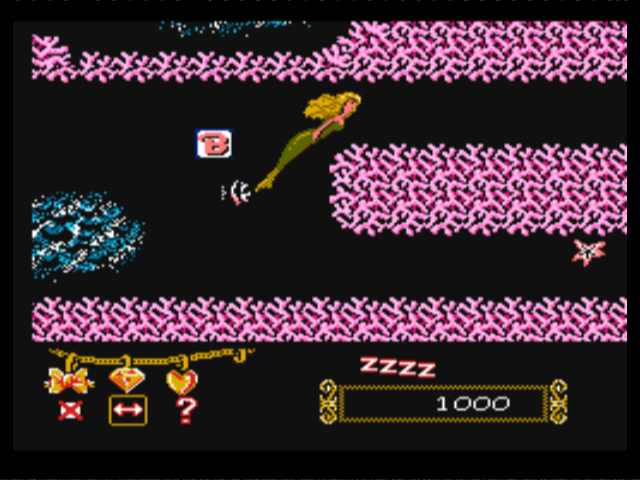 The music is not rendered with skill, instead relying on repetitive sound that just thump-thump-thump a rhythm while too-high notes try to sting the ears of players. Perhaps somewhere within the level tunes was a worthwhile melody that merely got butchered by an incompetent development team, but what resulted was merely a notable fast-paced boogie there and a weird techno-pop track here. Players had better like boops and beeps and squealing bubble-gum melodies because Barbie serves it up non-stop.

Barbie on the NES is not even the best NES video game based on a toy, considering the G. I. Joe games and other examples. Perhaps its only visionary quality is that t could be lauded for being among the earliest video games to feature a female protagonist, even if Metroid could claim that feat three years prior. 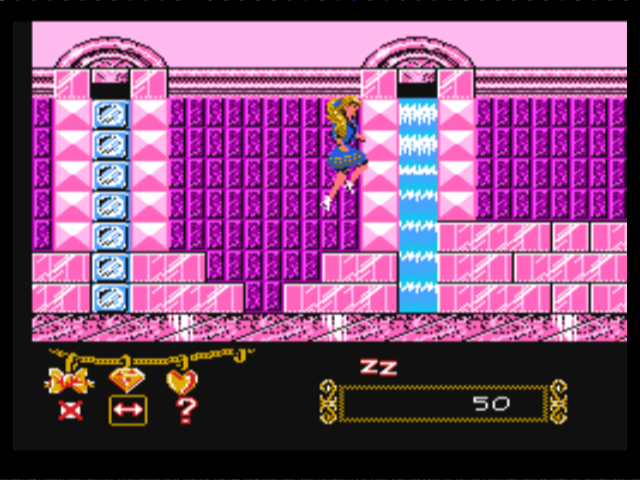 The true tragedy of this game is that it could have been a championing lightning-rod title for female gamers and girl geeks everywhere, except that it was a terrible game with a shallow message, underworked theme, and bland storyline. The result is a Barbie video game that still gets rightly made fun of, since insulting it is at least a thousand time more enjoyable than actually trying to play it. Being seen as a potential challenge for die-hard NES enthusiasts, and the bizarre quirk of that weird “weapon” you can see Barbie throwing around from the beginning of the game, is the only reason this even gets a half star out of five.

Archon: The Light and the Dark