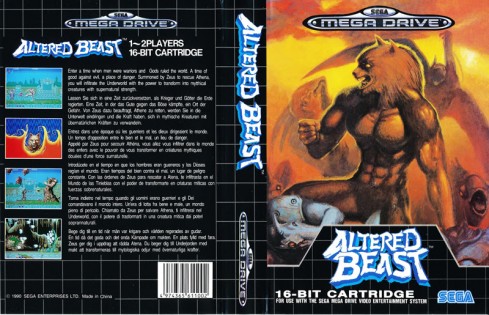 It’s probably a small mercy for the game to be famed for it’s amusing opening voice though, otherwise it probably wouldn’t be remembered at all. 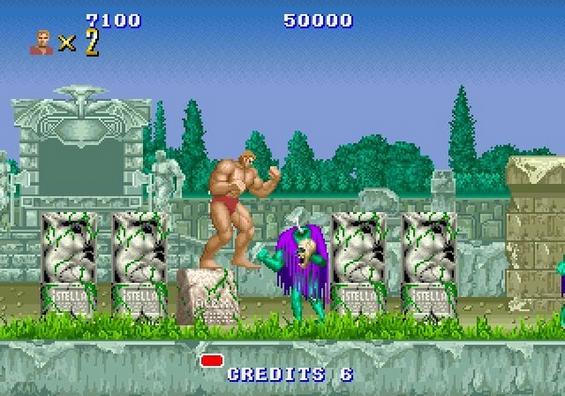 Basically a very straightforward side scrolling game where you punch and kick various nasties, the one thing the game has on its side is its almost incredible simplicity.

Altered Beast really has little in terms of depth – its just the same thing, for every level, with added difficulty the further you progress.

Move right, punch baddies, collect the orb from the special wolves, power up, find the boss, defeat the boss, end. Rinse and repeat.

The main variation comes from the bosses, but there’s little attempt to make the different settings (cave, gwaveyard (sic), etc) affect the gameplay in any way at all. 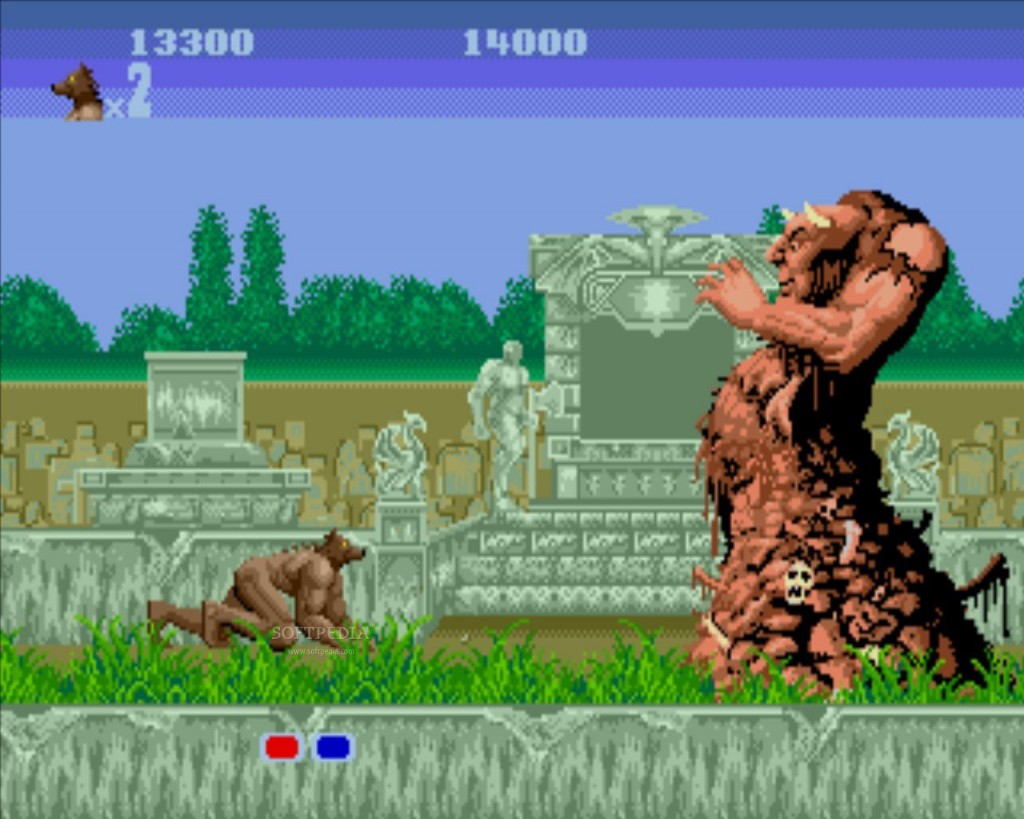 The game is still tough to grasp at first though, feeling clumsy and a little unfair. If you give it a chance however, you soon adapt to the attack patterns that are the most effective, and start making slow progress. It’s still a pain at times of course, but that’s probably to be expected.

There’s no real getting away from the clumsiness of the game in the end though, in both its controls and presentation.

The controls feel unbelievably wooden, mainly because the characters are all so stiffly animated. The whole things feel like a puppet show at times.

Graphics wise, the game looks good in stills, but in movement doesn’t appear so impressive. There are lots of things that look out of place, like the mist which bosses dissolve into when you defeat them, that just don’t fit into the aesthetic of the game. This results in giving the game a weirdly low budget veneer, even when you take into consideration its age.

All in all, the game’s a bit of a clunker that you’ll either despise or embrace for its dated look and feel. I personally have nothing against Altered Beast, but wouldn’t particularly recommend it to anyone.