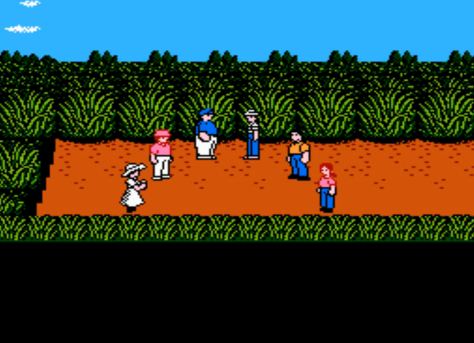 The game instead has the Skipper as the central character with Gilligan as your sidekick. You basically walk across the jungle looking for the other castaways. On the way the duo are attacked by birds, warthogs, and other animals of the jungle. The Skipper has the ability to punch (which doesn’t seem to do anything), but running away is more effective. Gilligan is so mindless that he often falls behinds or into pits. Leaving you to have to rescue him time and time again.