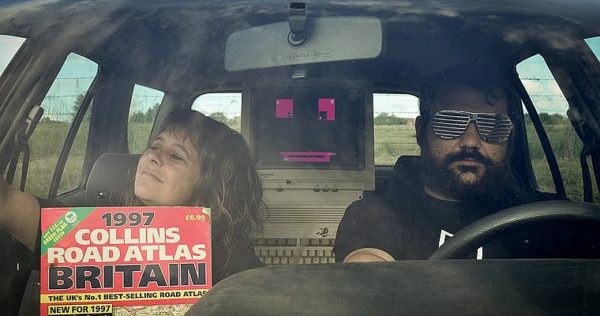 Imagine being a rockstar, on stage, preforming for your fans. Now imagine using video game inspired music to do it. We sit down with the dynamic trio from Paula Powered the British-French-Digital group featuring, Sally Ann on vocals, Sylvain de St Pierre on guitar and their Amiga 1200. We discuss how they got together and what it is like preforming for gamers and non-gamers alike.

END_OF_DOCUMENT_TOKEN_TO_BE_REPLACED

Rushing home we inserted the first disk and were confronted by a very impressive intro. ‘This is going to be great’ we thought. Then, after an hour or two, we both felt something was wrong. Could Rise of the Robots be… rubbish? Neither my brother or myself could believe it. In fact I remember assuming that we were playing it wrong, that it was our fault that you could beat every robot by doing a flying kick. That there was a way of turning round and jumping over the other fighter we just hadn’t worked out how. That you could pick a fighter who wasn’t the blue cyborg, you just had to complete it or something. How could all the hype be wrong?

END_OF_DOCUMENT_TOKEN_TO_BE_REPLACED

Our friends at Good Old Games are offering the full Windows XP & Vista converted version of Beneath A Steel Sky for FREE.