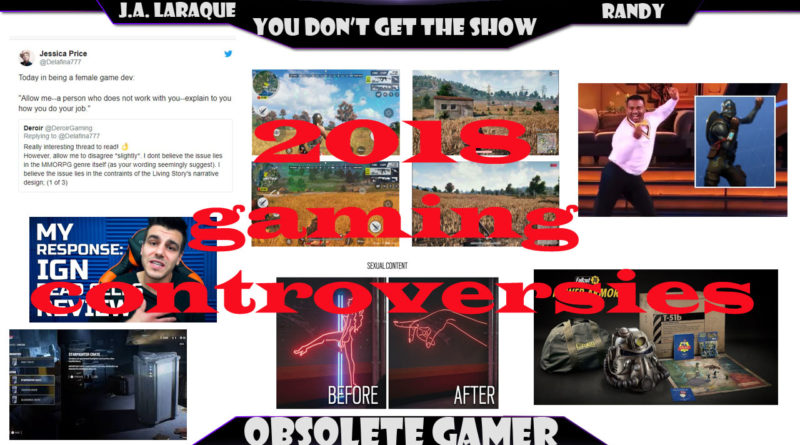 For our last episode of 2018 we recall some of the years biggest gaming controversies, from IGN and plagiarism to Ubisoft giving in to government censorship.

END_OF_DOCUMENT_TOKEN_TO_BE_REPLACED

We play through the first 15 minutes of Guild Wars 2.

END_OF_DOCUMENT_TOKEN_TO_BE_REPLACED

“My first time officially exhibiting with Ska Studios at PAX East in 2011, I was actually called a ‘booth babe’,” Michelle recalled. “James and I were talking with some attendees for a while when they asked if they could get a picture. We assumed they meant James and he agreed. Then the guys awkwardly said ‘Oh no, we meant with the booth babe’ and gestured at me. I wasn’t sure how to respond and even more awkwardly replied ‘Uh, I worked on the game’ to which they just replied ‘Oh’. At the time I was completely shocked and withdrawn but now every time I think back to it, it makes me angry. It doesn’t make me as mad at the guys as it does that I did not stand up for myself. It’s up to each individual to call out what is unacceptable to change our culture.”

END_OF_DOCUMENT_TOKEN_TO_BE_REPLACED

At PAX East 2011, Kayhynn got her first look at Guild Wars 2, complete with live gameplay, at the AlienWare Arena and at the NCSoft Meet and Greet Friday night.